If you are planning your first trip to Las Vegas and wondering about what attractions you should see, you are certain to find many things that are right up your alley. They have something here for everyone.

If you are a man looking to score points with a special lady, taking her to see Celine Dion at Caesars Palace would be a good way to start. Celine only performs four shows each week, on Tues., Wed., Sat. and Sun. 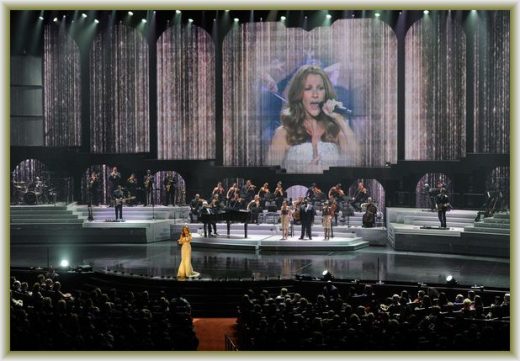 If you are in the mood for comedy, the legendary Blue Man Group will supply lots of laughs during their unique show at the Monte Carlo Theatre, located at the Monte Carlo Hotel & Casino. They usually perform at least one show every day, with a few rare exceptions.

A combination of magic and comedy will be provided by Vegas legends Penn & Teller. The clown princes of magic perform magic tricks as only they can, then delight in explaining to the audience how the tricks are performed. You can catch the guys at the Penn & Teller Theater, located in the Rio. They usually perform Saturday-Wednesday.

Magic of a much different variety is performed by illusionist Criss Angel in his extraordinary production called “Believe.” Criss has teamed up with the talented acrobats from the famous Cirque du Soleil troupe. What happens when these two extraordinary talents come together is truly something that needs to be seen to be believed. Two shows per night are performed Tuesday-Saturday at the Luxor Theater located in Luxor.

If you are a fan of the Fab Four, LOVE Cirque du Soleil is one show that you simply can’t afford to miss. Once again, the flawless performers from Cirque du Soleil are here to amaze you as they take you on a psychedelic journey through the politics and trends of the 1960s. Beatles songs encompassing their legendary career form the soundtrack of this unforgettable show. Two shows per night are performed Thursday-Monday at the LOVE Theater located in the Mirage.

His television specials have broken ratings records. His illusions have thrilled millions. He made the Statue of Liberty disappear before your eyes. Now you can see the first name in magic in person. David Copperfield performs at least one show every day at the Hollywood Theatre located in the MGM Grand. On Saturdays, he does three shows. This guy loves to perform.

Donny & Marie bring their family friendly brand of entertainment to the Flamingo Showroom at the Flamingo. This variety show features all of the hit songs, humor and dancing that made their 1970s TV show a success. They perform one show per day, Tuesday-Saturday.

The musical that thrilled audiences on Broadway has found a home in Las Vegas. The Tony-award winning production tells the story of the remarkable career of The Four Seasons. There are performances Wednesday-Sunday at the Le Theatre des Arts in Paris Las Vegas. There are two shows on Saturdays.